The diary maintained by my mother containing all her priceless recipes. A diary started as a teenager and maintained much after her marriage, and subsequently inherited by me. I have tried to reproduce and at the same time preserve this 60-year old document. I have documented it in Bengali – to preserve the same spirit and flavor with which she had started writing it. This will show glimpses of her life, her aspirations of becoming a modern woman from a traditional housewife and of the changing time.

The diary can be downloaded from here. Maa’s diary.

My sister and I would eagerly wait for my mother’s turn to host the party. Throughout the afternoon she would make various snacks like ghoogni, dahi vada, Custard etc. that we would relish.

Some interesting facts that I discovered while going through the diary.

This diary belonged to my grandfather who was a civil surgeon during those days. Many interesting facts can be known from this diary. One news article pasted on the diary mentions some comments by the Bihar Chief Minister- Name is mentioned as only Dr. Sinha. Who was the chief minister of Bihar in 1954? Why my grandfather preserved that news item in the diary? What was the significance?

Internet showed that Shri Krishna Sinha was the CM of Bihar from 1947 to 1961. He was also the CM even before independence. The news article discussed about the conduct of Civil Servants and of the Ministers and how it would affect people’s trust on Government. This challenge is continuing in our nation even now.

Another important article showed the religious demography of India in 1954. It says ‘Hindus form 85% of the total population of India’. Then it goes on to explain the distribution of population in each of the states.

Till 1954, we had states of Madras, Bombay, Mysore, Trivancore-Cochin, Saurashtra, Madhya Bharat, Ajmer, Coorg, Hyderabad and a state called P.E.P.S.U (Internet showed it is Patiala & East Punjab States Union). The India of 1954 must have been so different Population and Demography of Indian States in 1954. 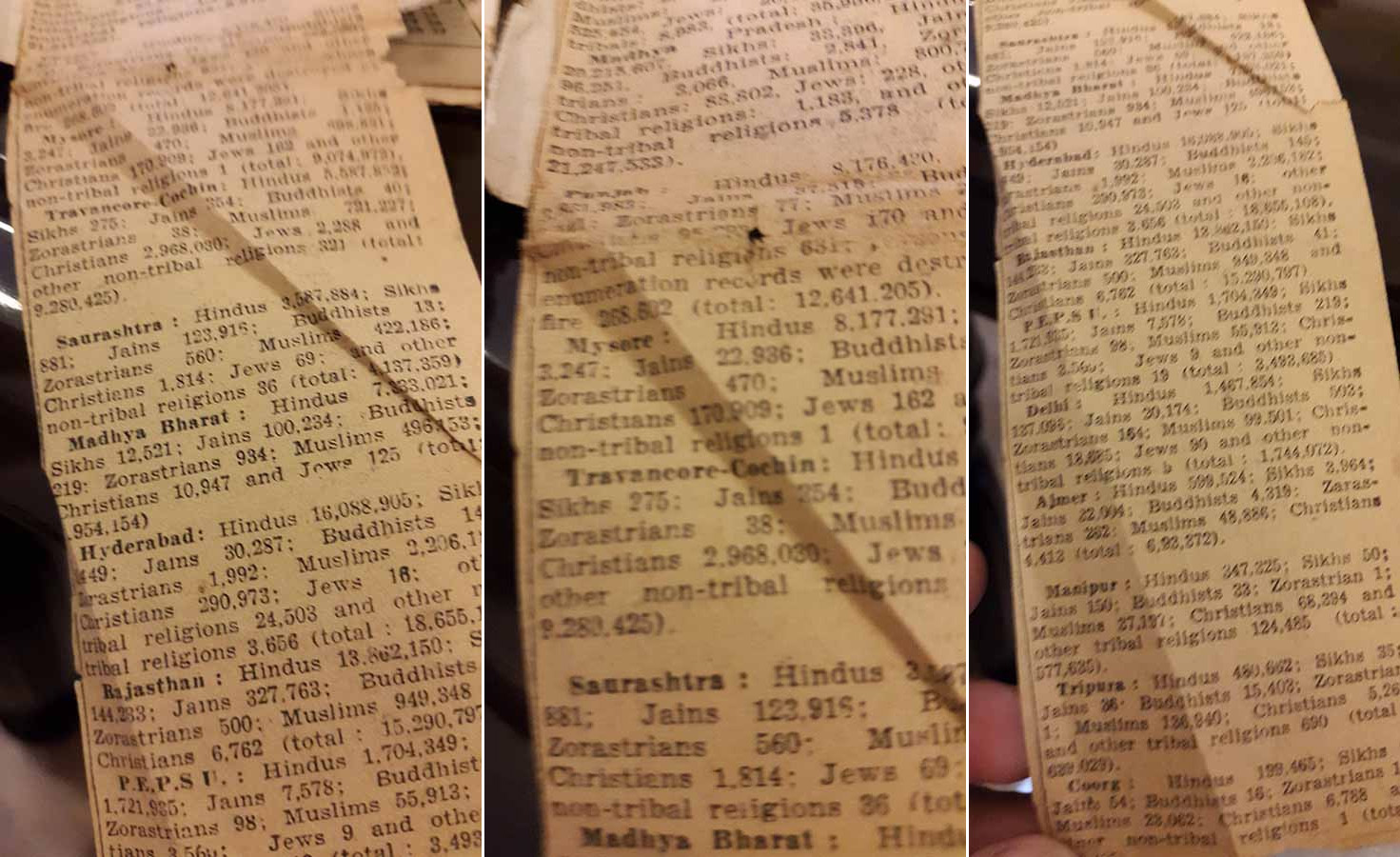 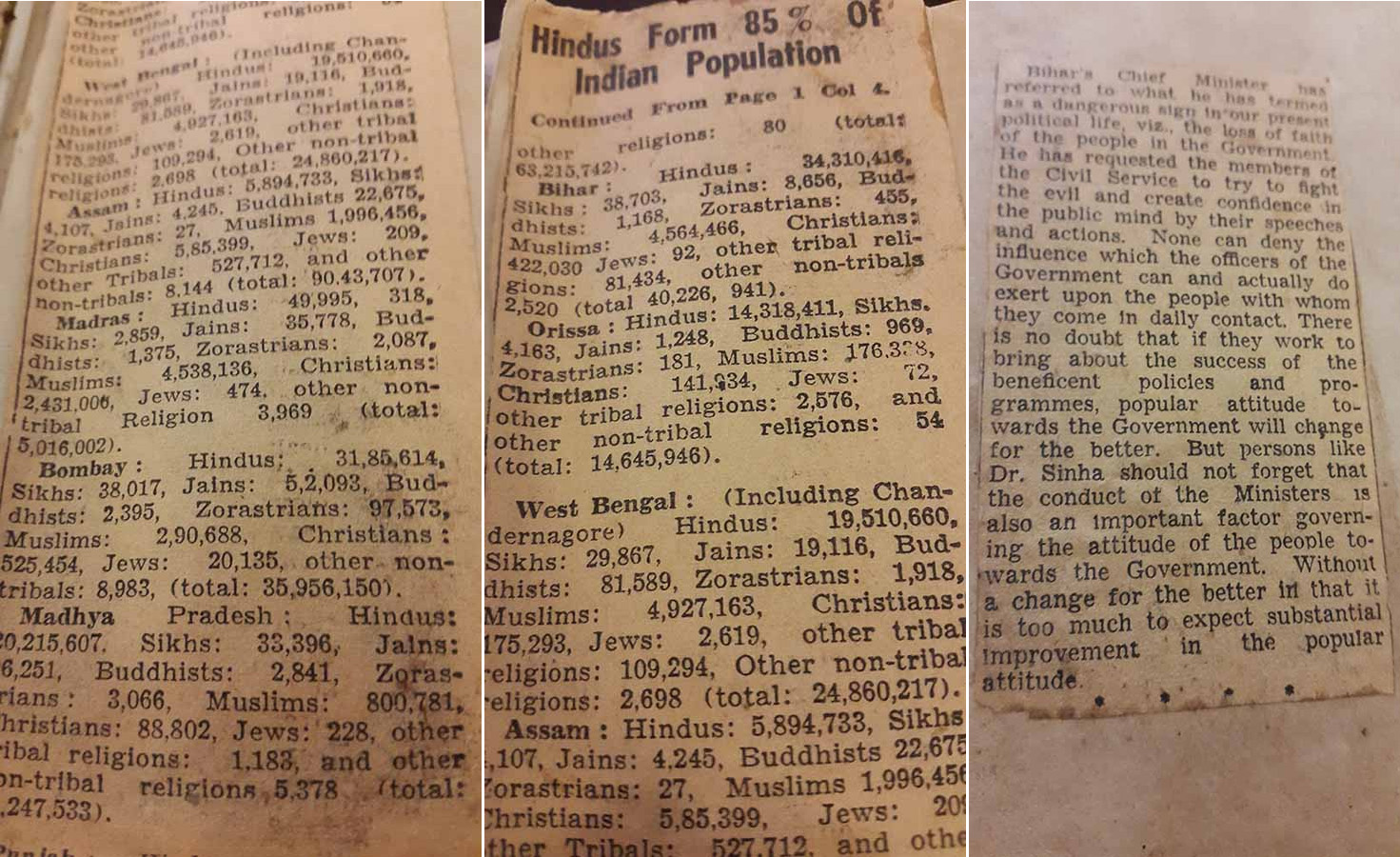