Durgapuja in my village – a legacy of 400 years

We are Bengalis settled in Odisha since several generations. I do not know much about our family history. However I know that our ancestors might have migrated from somewhere near Burdwan (Bardhoman) in West Bengal to Odisha.  It could have been sometime during the end of 19th century (1896). During those days, Odisha, Bengal and Bihar were one single state (Bengal Presidency) under the British Raj.

I do not know the reason behind the migration of our family. My mother used to mention that we came from a place called Halisahar near Burdwan. During a recent conversation with my cousin who is now the eldest member of the family, I learnt that we also could have had links to the Midnapore region of West Bengal, the reason being our family priests from several generations belonged to that region.

Migration of people from one region to another has always been taking place. I read somewhere that a group of families migrated from Bengal to Odisha along with Mahaprabhu Chaitanya Deb several centuries back and that’s how so many Bengalis migrated to Odisha.  During the rule of Mughal emperor Akbar, Odisha was conquered by his general Raja Man Singh from the then Afghan ruler. Raja Man Singh was in charge of the region (Bengal Subah) and distributed lands to various people leading to some migration from Bengal to Odisha. Many other Bengalis came to Odisha (by buying lands) taking advantage of the ‘sunset law’ by the British.

We have been living in Odisha at least for 4 generations. Our ancestral house in Cuttack was built by my great grandfather in 1906. After migrating from Bengal, our forefather settled in a village called Bhasilpur, in Jagatsinghpur district, 45 kms away from Cuttack and close to the Paradip port. It seems he was adopted by the local zamindar and became his heir and inherited the surname ‘Pal’. However I am not sure about the accuracy of this information.

Later on the family moved to Cuttack City and started practicing law in the Cuttack High Court. Most of my family members, starting from my grandfather were lawyers in the Odisha High court.

We as a family had completely assimilated the Oriya culture. We fluently spoke and read/wrote Odiya. Our food was a mixture of Bengali and Odiya food. Our festivals are a combination of both.  We celebrate Durga Puja as well as Rath Yatra.  Many Odiya festivals and Pujas like fasting during the month of Kartik,  preparing Pitha  on Prathamashtami  etc. are quite common in the family. On the other hand, some of the bengali rituals observed by us are little different from those observed by  Bengalis in Kolkata. E.g. the unmarried girls in the family used to perform a puja on a rice plant for 4-5 Sundays during winter. It was called Itu Pujo. I have not heard of any other Bengali family performing this Puja till date, though strangely I found its mention on internet.  Even the marriage ceremony followed by us are little different from those followed in Kolkata. It is due to the reason that we migrated from Burdwan and still follow some of the rituals observed in that region of Bengal.

Many of my relatives cannot read or write Bengali. Many of the Bengalis settled in Odisha speak in a dialect called Kyara, which is a mix of Bengali and Odiya. However, during my parents’ childhood days many schools offered both Odiya as well as Bengali as the medium of instruction. As a result, both my parents studied in Bengali medium. We, as children, studied Odiya in school and learnt Bengali at home. Like many other Indians, we were multi-lingual.

Since my childhood days I have witnessed the Durga Puja being celebrated in our family home in the Bhasilpur village. I am not sure when the Puja was started. It is at least a 400 year old Puja. It started as a family Puja of a family called ‘Das family’   in the Bhasilpur village. However, unfortunately there was a time when there was no heir left in the Das family to continue with the Puja. It was then that the Pal family stepped in and took the responsibility of the same, more than 100 years ago. My father had the childhood memories of going to the village in a bullock cart and traveling the whole night. The bullock cart would be loaded with dry eatables and he would set out along with the family care taker in the evening to reach Bhasilpur at dawn.

My childhood memories of Pujo started with buying clothes for the festival. There should be four new dresses for each of the four days of Pujo. Even if we lived in Bhubaneswar, there was a family tailor in Cuttack called Loknath who would stitch our clothes. My didi and I would count the number of days left for the Pujo to begin. On the day of Panchami,  Bapi would drive us to Cuttack. From there the entire extended family would board a hired bus and travel to Bhasilpur. It seemed a long journey in those days whereas it was just 45 km away from Cuttack!

We follow the Vaishnav way of Pujo where it is a vegetarian affair till Dashami. On the day of Dashami, we do not have Sindur-khela or immersion. We have something call Kalika-Naach (Dance) in front of the Devi.  It is a unique tradition seen in the rural part of that region. A male dancer dressed as the incarnation of Kali (Kalika) dances in front of the deity for several hours. The dance is concluded with a sacrifice – sacrifice of vegetables like Pumpkin, Cucumber etc. No animal sacrifice would take place. The immersion takes place on Ekadashi (on the 11th day).

Though the Pujo is organized by the family, it is a village affair. The devotion of the villagers is worth noting. The most significant event of Pujo is the Sandhi Pujo. Irrespective of the time of the Sandhi Pujo – i.e. whether it is in the evening, midnight or early morning, the entire village, and people from nearby villages gather to witness the Puja. They carry with them various offerings for the Deity. Hundreds of people fill the entire space.

It is not only a matter of faith but also a matter of preserving ones heritage. The effort by my family to keep up the century old tradition is commendable. 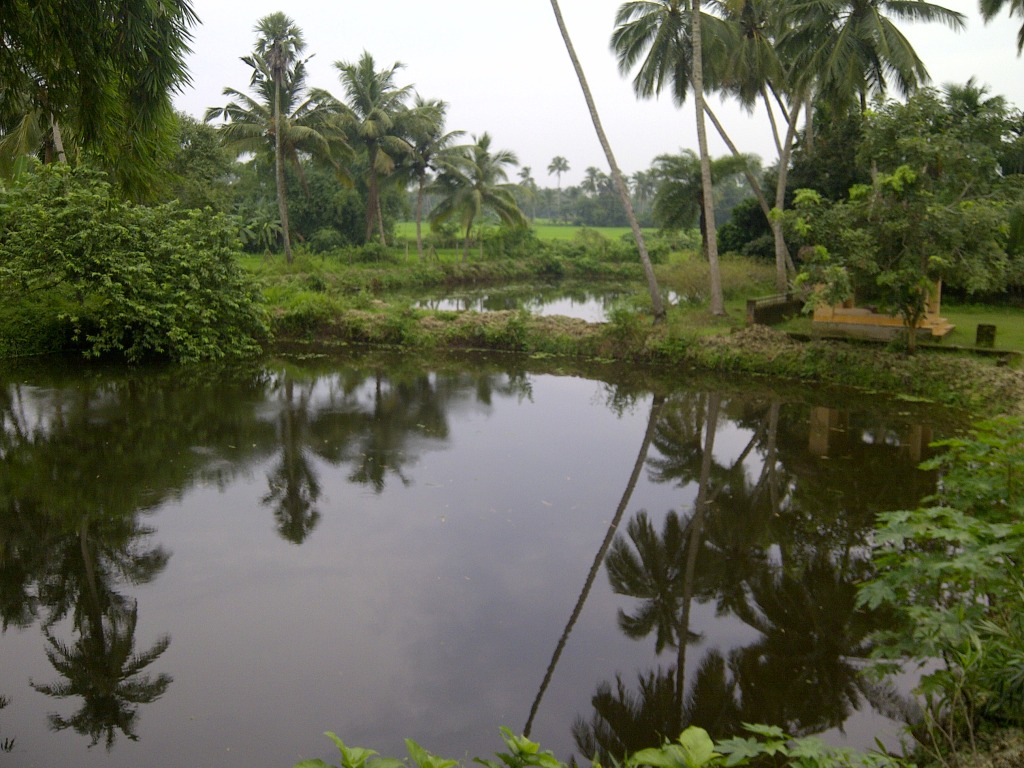 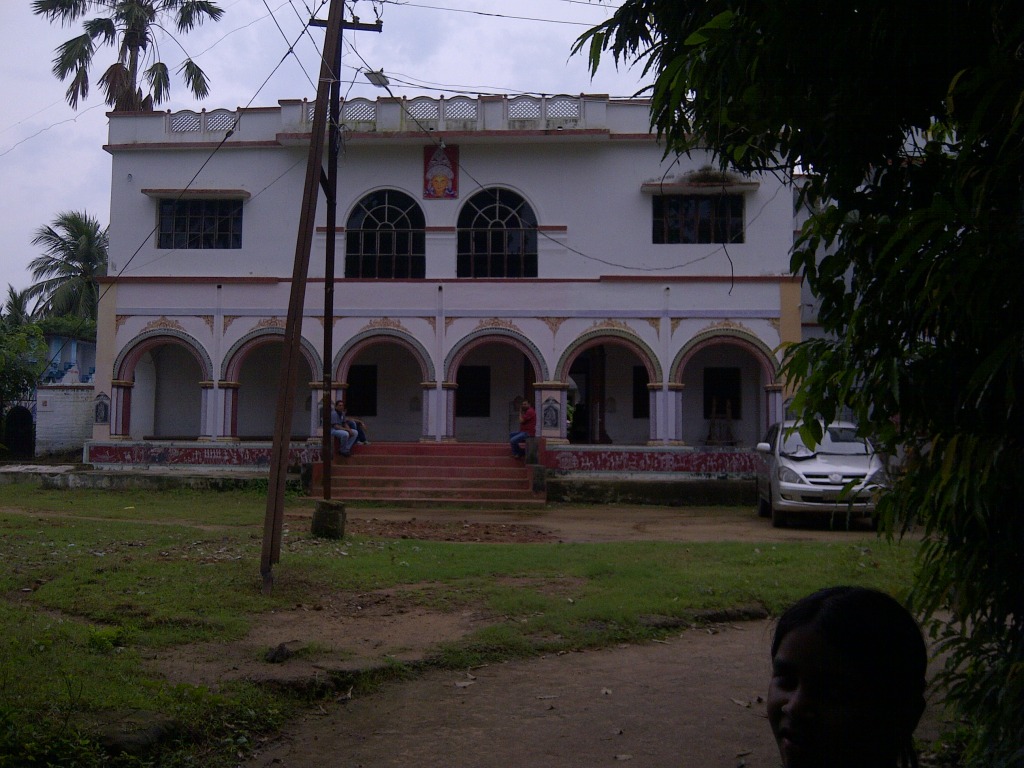 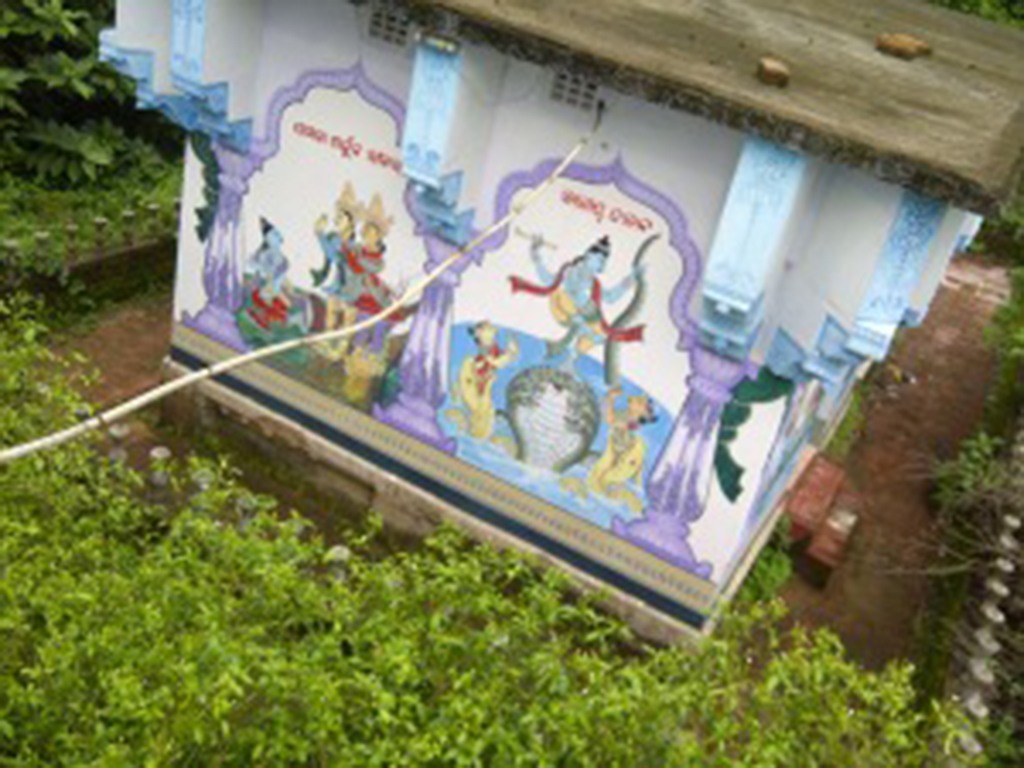 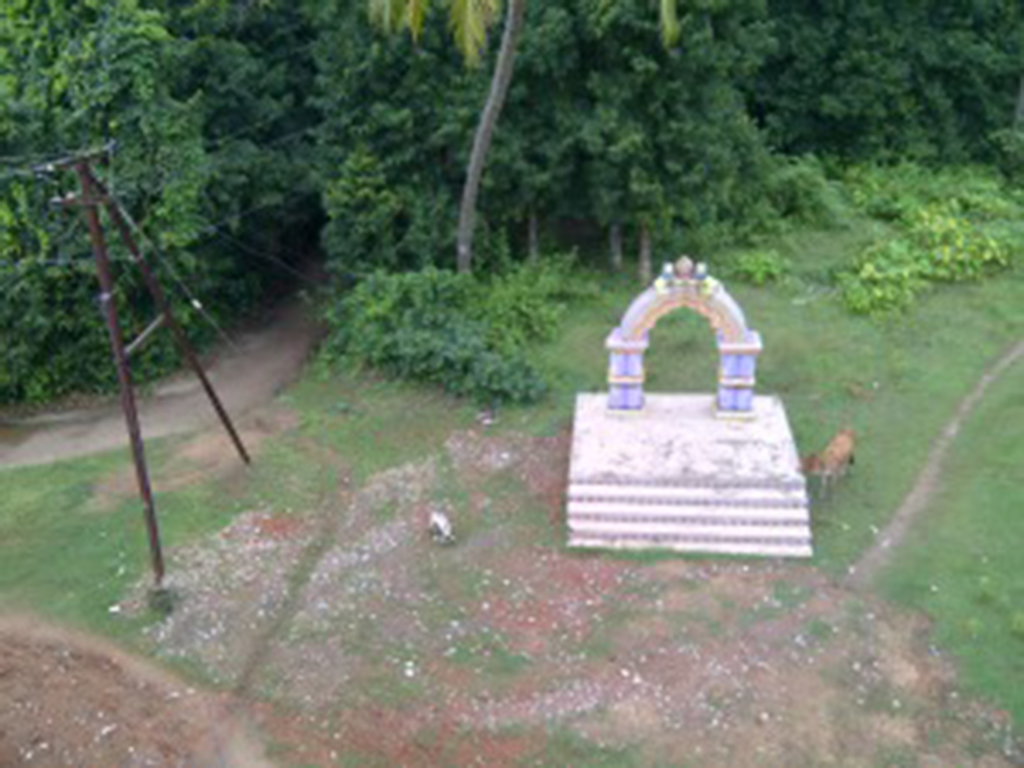